On March 24, Raymond James participated in the second annual Westpark Foundation – Tournament of Stars. The event gave people the opportunity to team up with a former NBA stars and other hoop-loving celebrities for a day full of hard-court action. In just its second year, the event raised nearly $600,000! That’s 50% higher than budget, and 300% more than last year and the single-largest fundraiser in the hospital’s 114-year history! An incredible achievement to say the least.

Funds from the event go towards the hospital’s share of rebuilding the hospital and its campus into a new state-of-the-art medical facility. West Park is a healthcare center with deep expertise in rehabilitative medicine, and is an essential and dynamic partner in the healthcare system. They provide specialized rehabilitation for patients recovering from life-altering accidents and health challenges such as lung disease, amputation from diabetes and other causes, and spasticity, a debilitating symptom of stroke, cerebral palsy and multiple sclerosis.

Paul Allison and Daniel Simunac presented a cheque to the hospital for $100,000. “The cause is important to me as I have been on the board of the hospital for the last 7 years and am Organizing Chair of this event” says Daniel. “We had NBA celebrities there like Jerome “Junk Yard Dog” Williams, Morris Peterson, Charles Oakley, Kevin Willis, Horace Grant, Ron Harper, among a dozen other Raptor Alumnus, NBA All-Stars or Champions.”

To learn more about Tournament of Stars, visit their website. 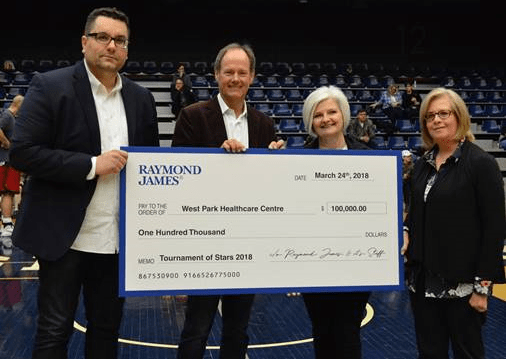 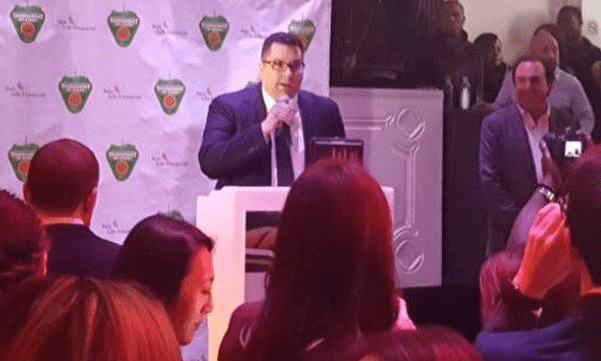 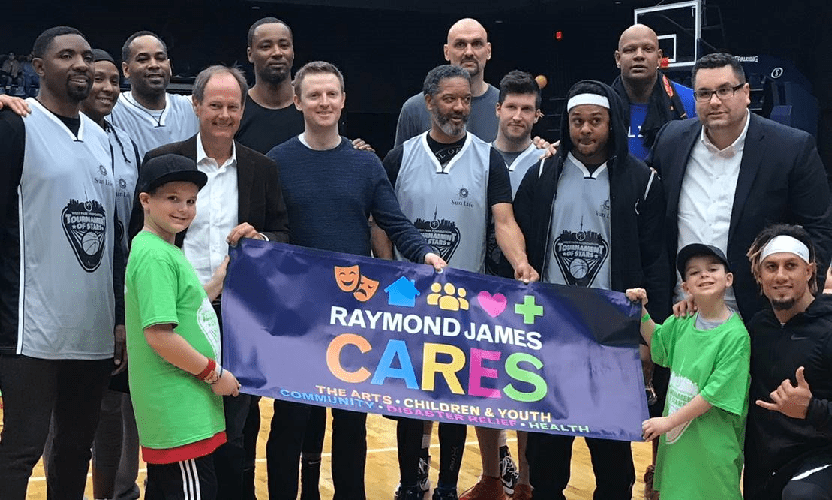 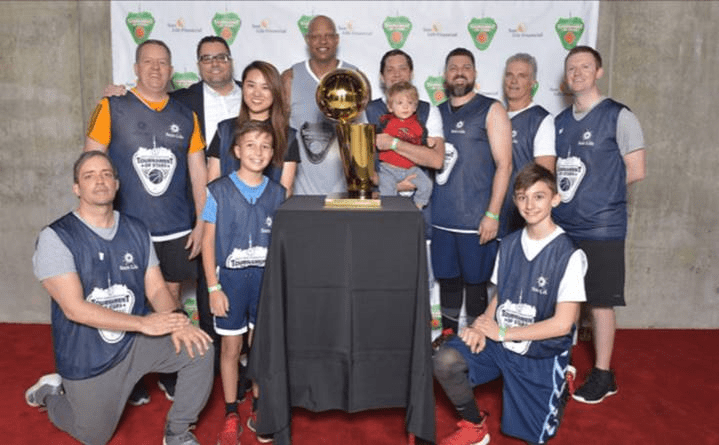 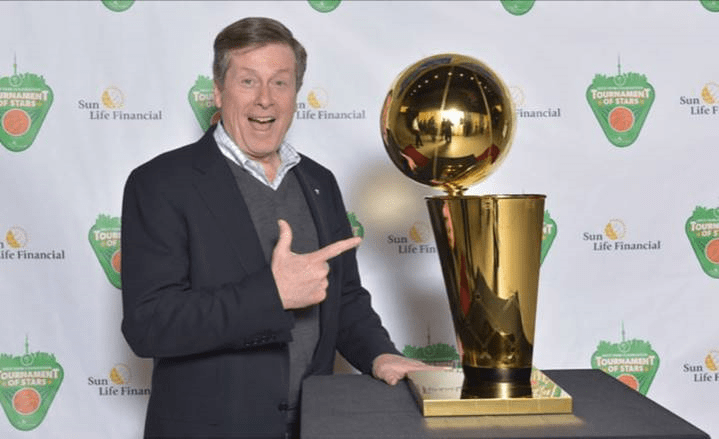 Mayor of Toronto, John Tory taking a photo with the Larry O’Brien NBA Trophy at the event